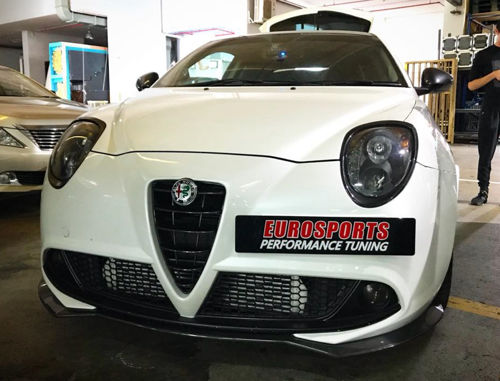 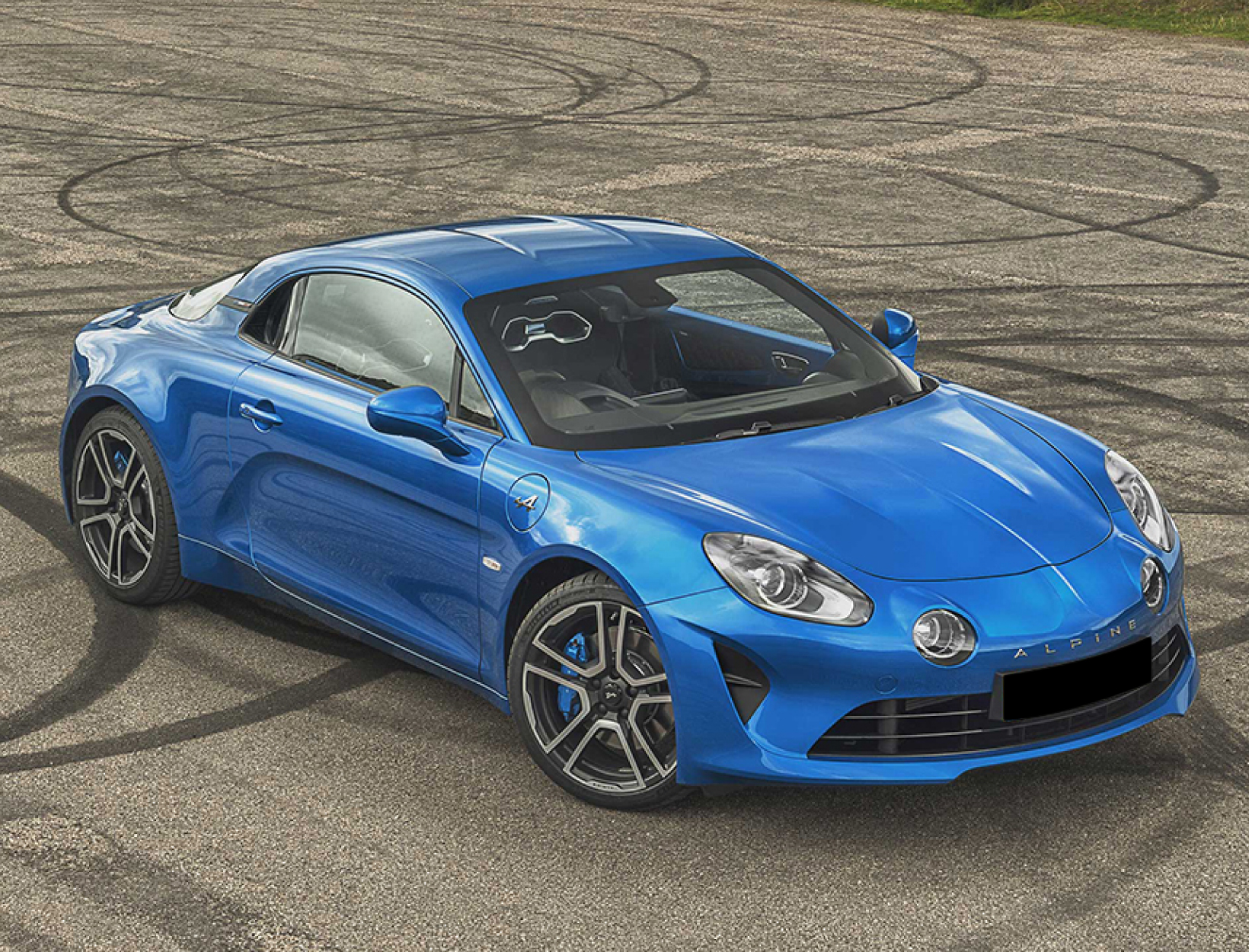 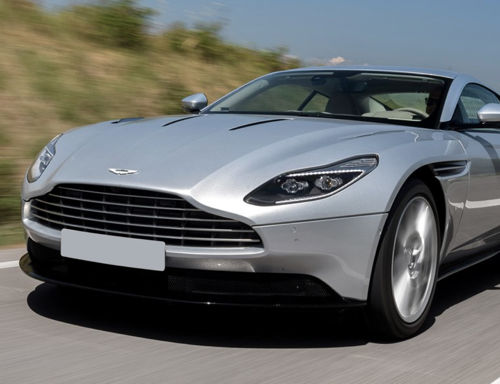 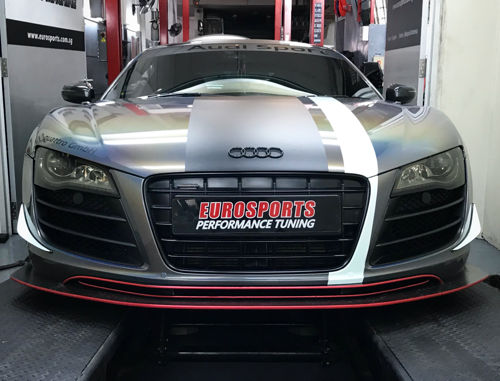 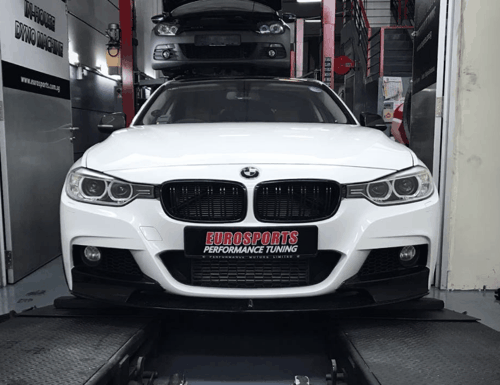 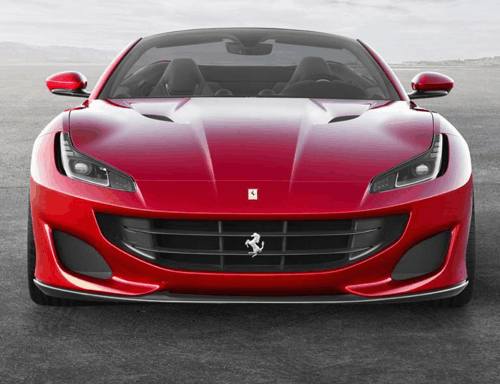 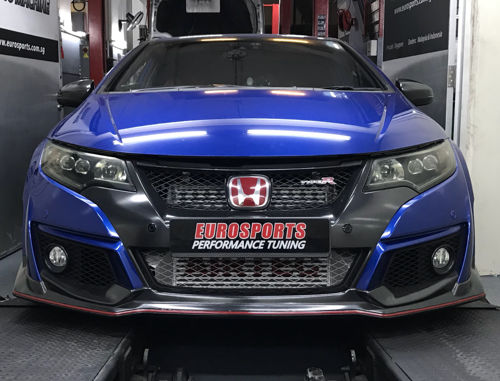 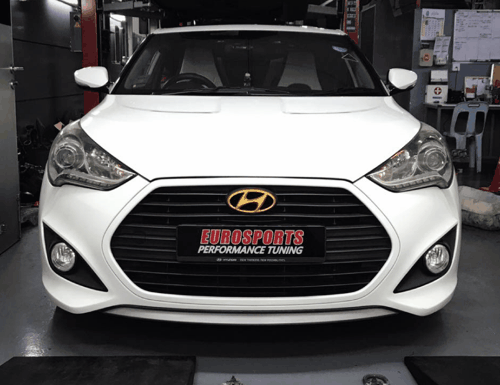 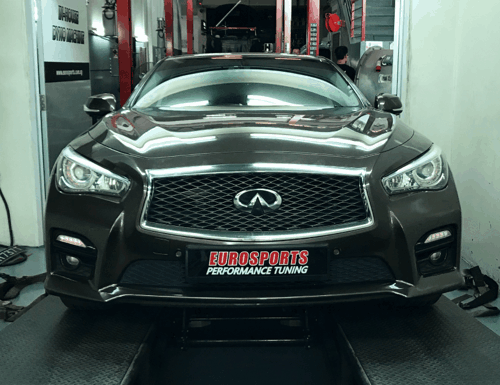 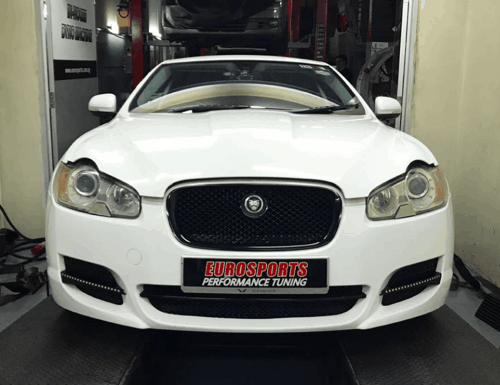 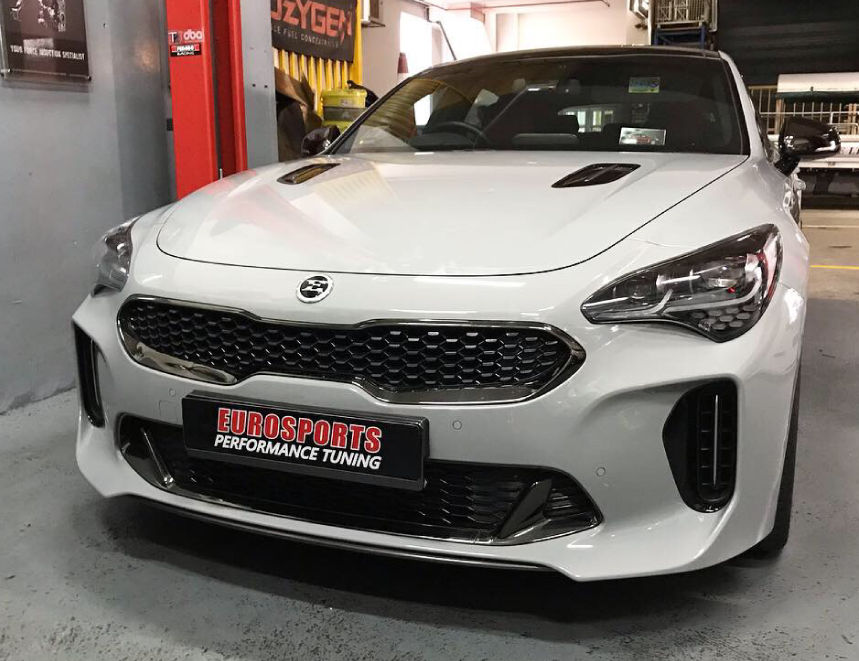 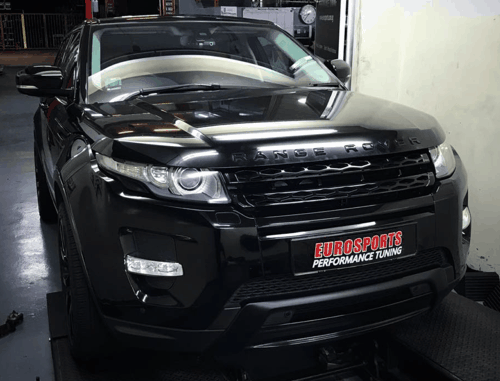 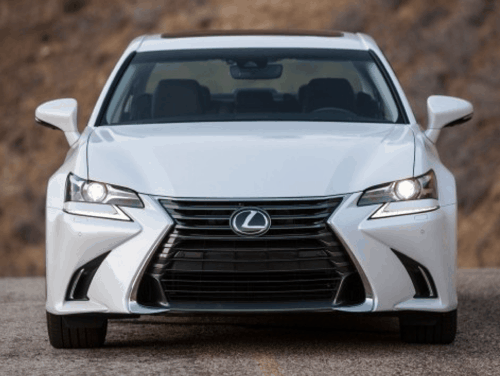 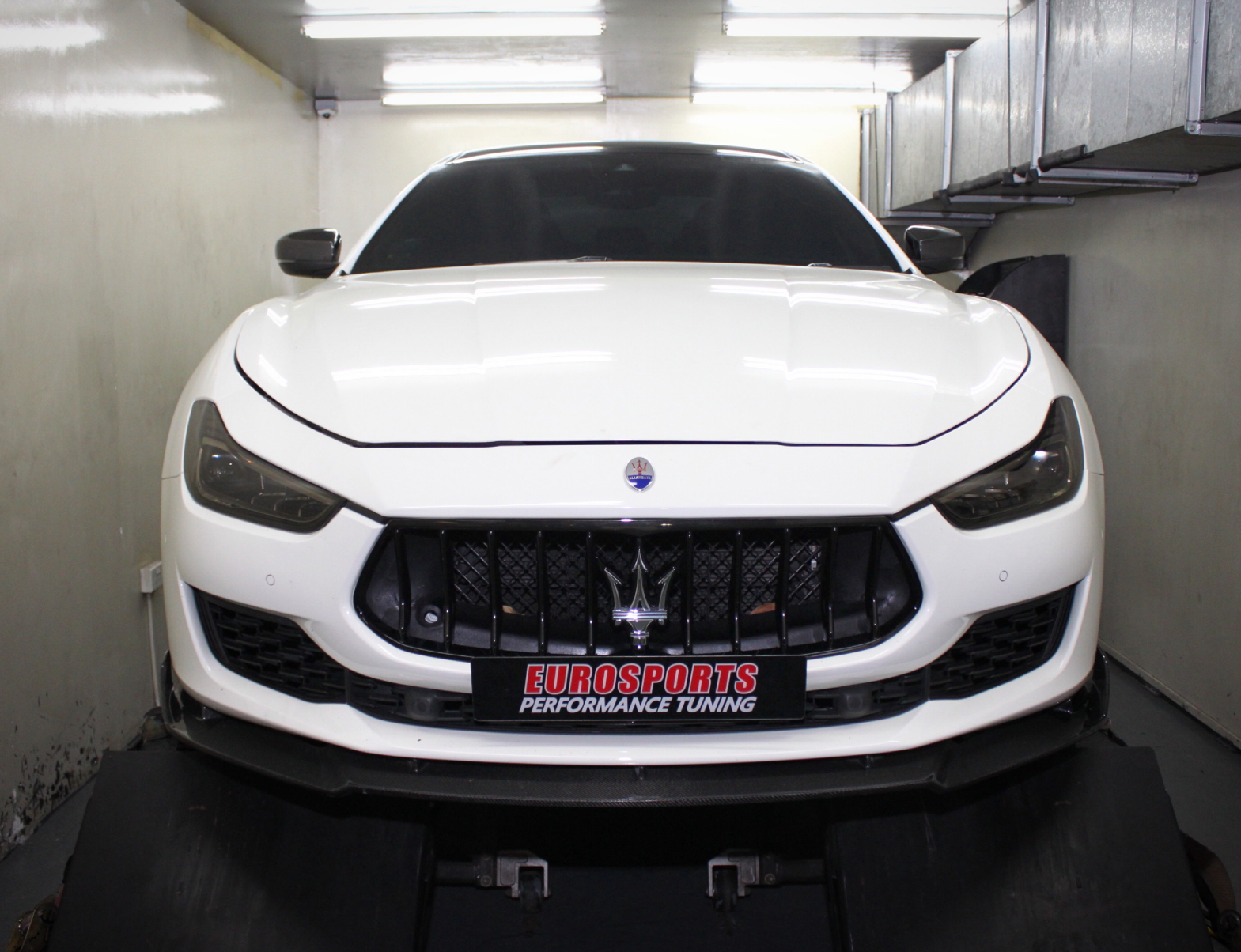 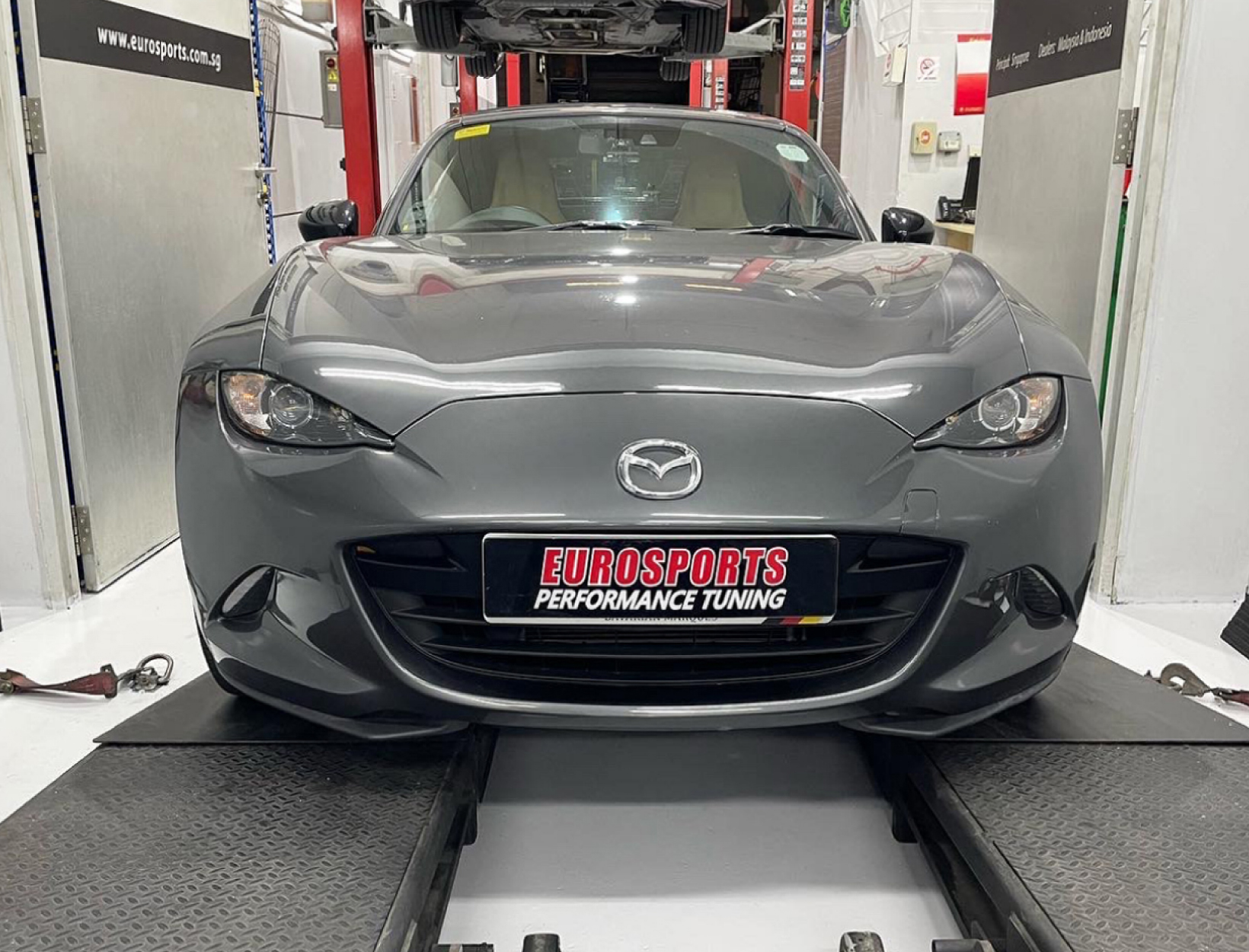 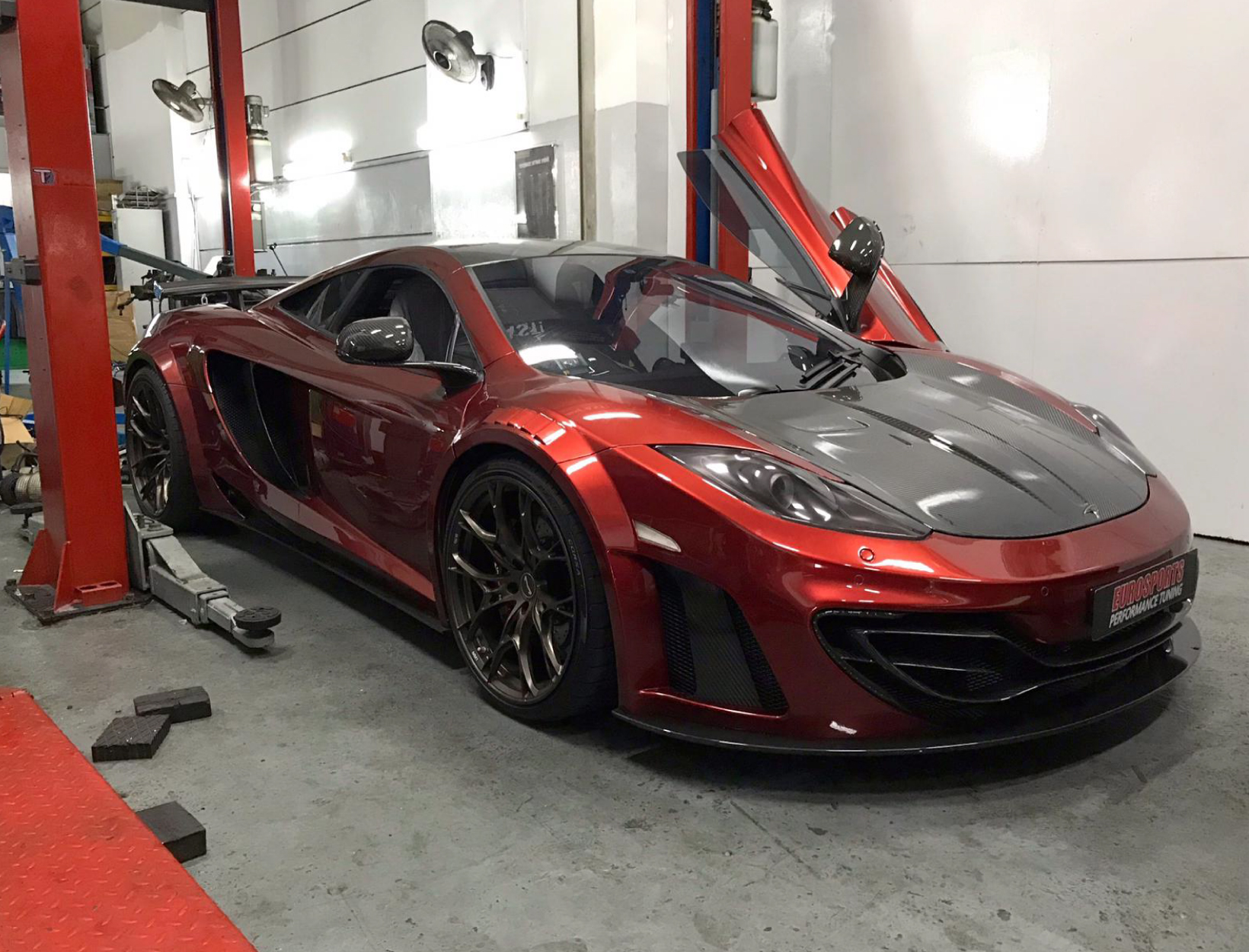 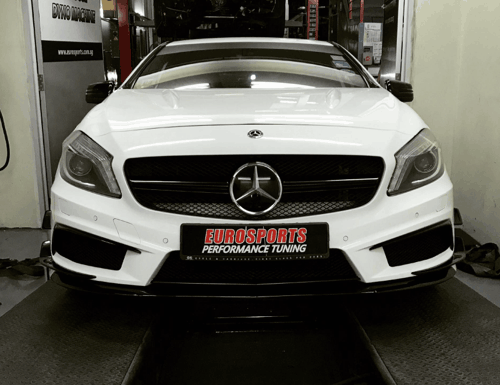 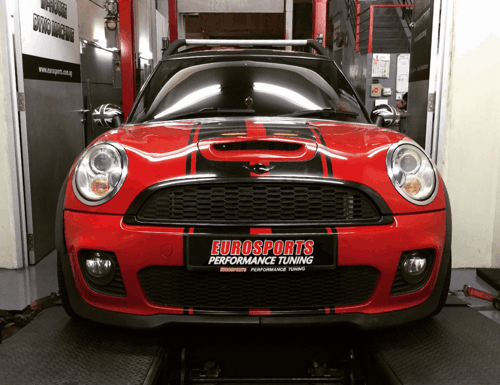 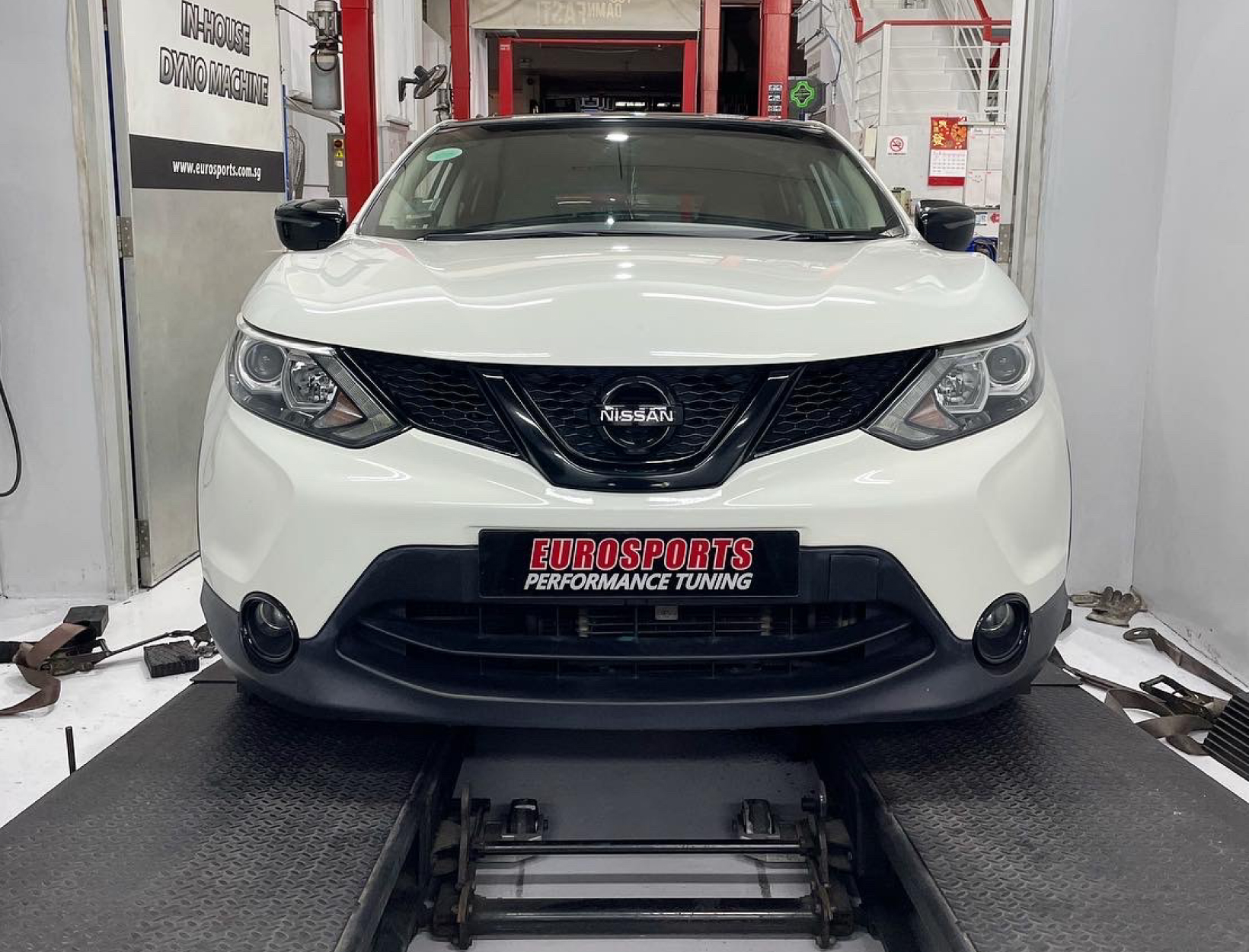 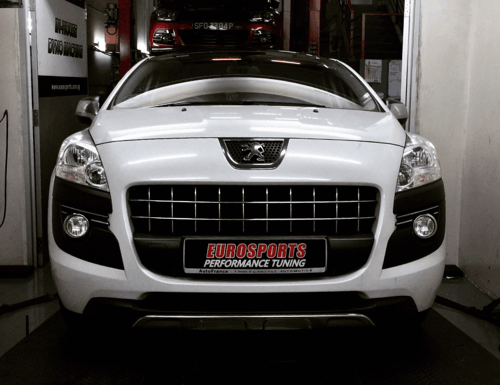 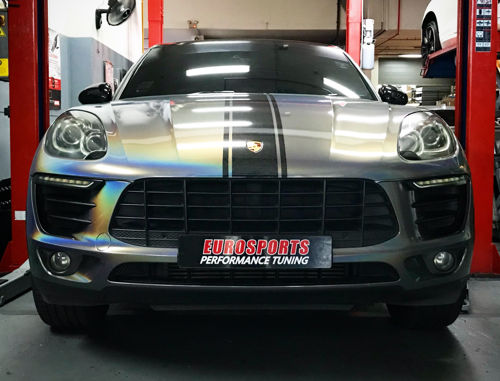 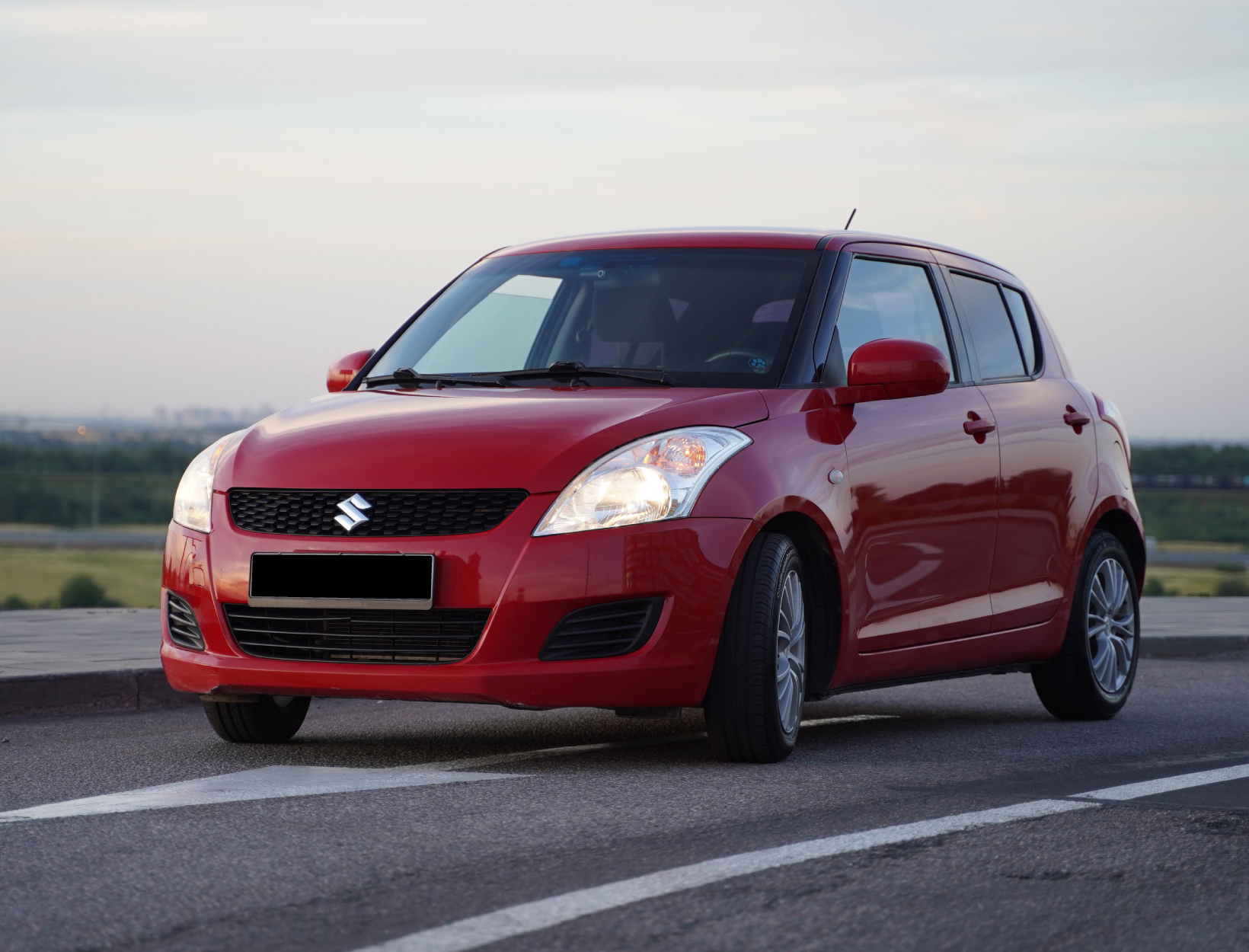 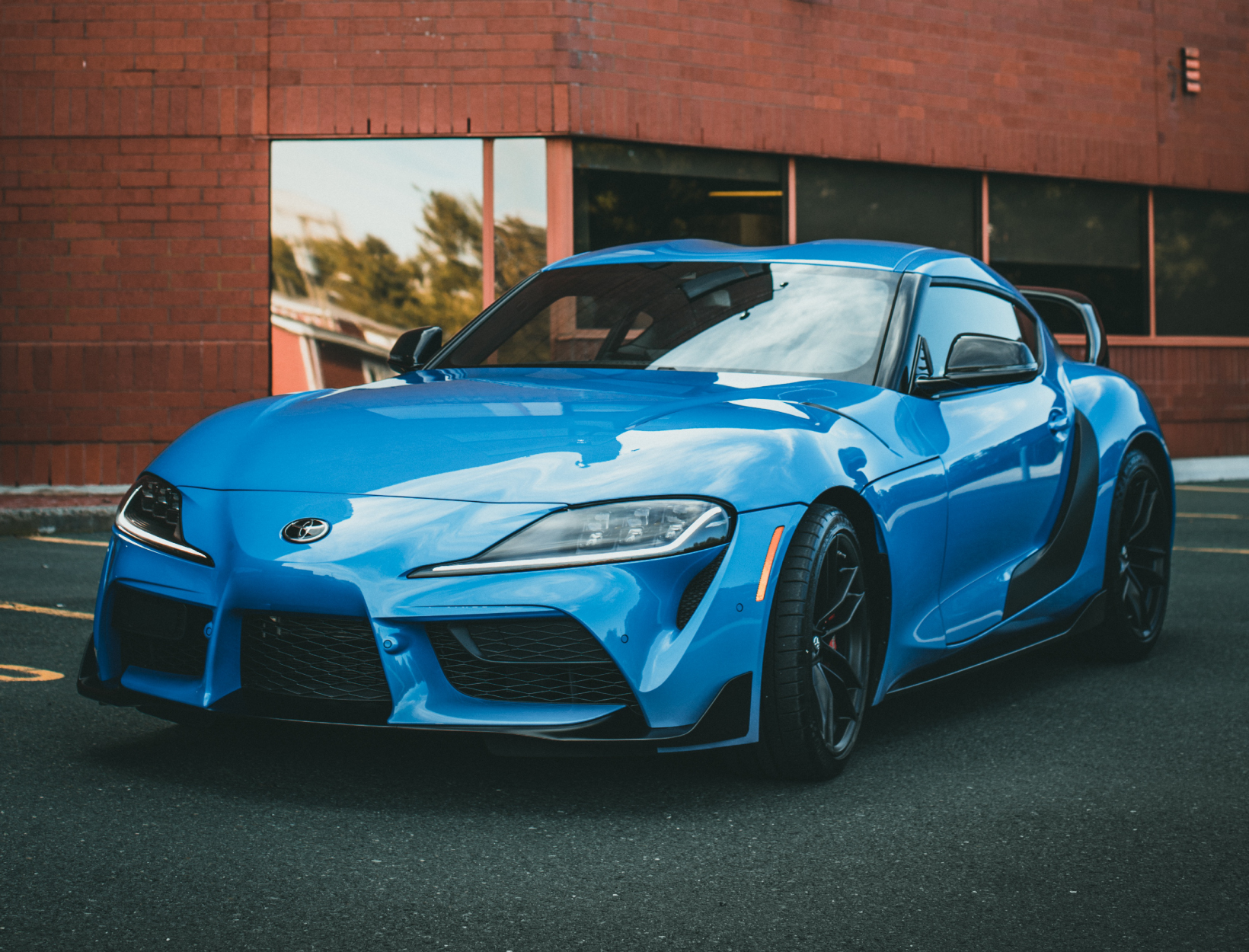 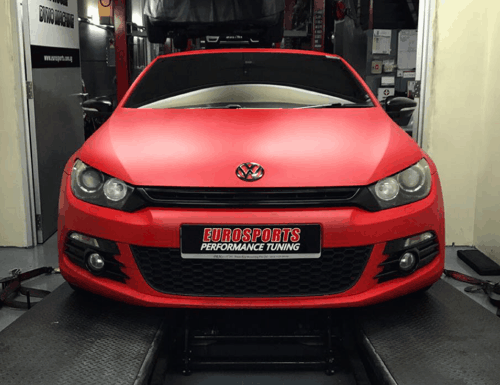 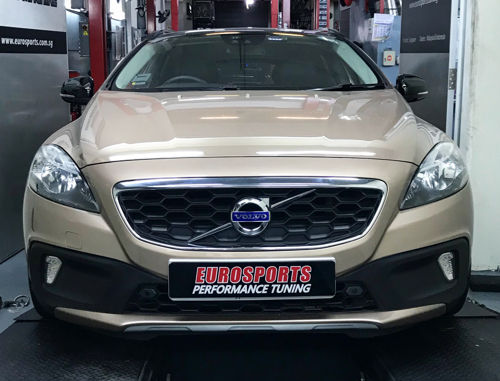 Carmakers go to suppliers such as Bosch, Seimens, Motorola and Magneti Marelli for engine management systems (EMS). These are complete electronics packages including the engine and transmission control units and any additional modules. The primary part of these EMS systems is the electronic brain, called the ECU or DME (Digital Motor Electronics for BMW/Porsche cars). All the vehicle's sensors required to run the engine, transmission, diagnostics, ABS, traction control, airbags and even security are also supplied with the integrated system. Between the car manufacturer and supplier, each system is custom designed and the software calibrated for each vehicle. Model year differences and sometimes option levels might also require different software calibrations and setup. As an example, one model year of the 3 Series might use an intake air temperature (IAT) sensor in the intake manifold while other model years use an integrated mass air flow (MAF) and IAT sensor. This means the ECU software and engine management algorithm would be different. There are myriad ECU configurations out there; some differences are even based on where the car is sold. European and U.S. market ECUs are very different since the two markets have different emissions regulations and fuel grades. That's why not all chips can be used from overseas.

Reading raw code from an ECU's memory is like looking at your genetic code. You can read it in terms of its different base components like thiamine, cytosine, adenine and guanine, but to the untrained eye the individual values, much less a whole string, have no meaning. Deciphering this vast amount of data usually requires a trained eye and computer assistance. In the ECU, code is usually stored as 8-,16- or sometimes 32-bit instructions in hexadecimal format. Hexadecimal is a base-16 numbering system, meaning in addition to values running from 0-9 as in our (base 10) numbering system, it goes from 0-9 and then A-F. For example, the next value up from 00009 is 0000A. To non-computer geeks, reading hex code is like looking at some Matrix-like code string. These values are unitless and can correspond to anything from your spark timing to your VIN number. For example, if you knew that a certain value corresponds to spark timing at a given load and rpm, an increase in that value could advance the spark timing by a set amount. Some management systems would advance it a degree per unit increase, others might advance it a fraction of a degree. It's all relative and easier to look at in terms of percentage changed. So an 8% change in a fueling parameter will yield an 8% change in how much fuel you inject. (I say could because some ECUs use a reverse convention where an increase in a value actually means a decrease in the output.) This is where tuners have to learn by trial and error.

The OEMs go to great lengths to ensure the integrity of their data and to guard their ECU code from people like us. This is mainly to prevent false warranty claims and also because legislation requires the ECUs to have security features to keep the cars emissions compliant. Older ECUs might use proprietary chips not readily available, or single flash chips that cannot be overwritten. Newer ECUs (now that they use flash memory) use software, chip and hardware encryptions and check sums. Tuners not only need to decrypt the code, but also disassemble it correctly so they can reasonably access its functionalities. Ironically, chip tuners also encrypt their code from to keep it from each other and, more importantly from the dealers. It's like a game of spy versus spy, where the undetected spy comes out the winner.

Chip tuners will take a whole spectrum of approaches to retuning your car for additional power. It has a lot to do with the type of car, level of modification, familiarity with the code and the market the tuner is trying to target. They are like artists with different philosophies, tools, approaches and abilities. The fact that they've cracked the factory ECU code means they are at least all already very competent at what they do. In the case of the VAG cars, focus is on the following modifications to the stock program: advancing spark timing, leaning out the air/fuel at wide open throttle for added power, modifying the boost maps for more significant power gains, Increasing rail pressure to support desired power, increase or removal limiter maps, increasing torque maps for individual gears and rescaling of the e-throttle map for crisper response. We will explain the 2 basic group maps for Fuel and Spark timing below.

Since having the right air/fuel (A/F) ratio will be the difference between making power and grenading your engine--though modern EMSs will almost never let an engine damage itself--tuners spend a lot of time getting it just right. Too lean and the engine pings, too rich and you lose power. All tuners rely on a wide-band A/F meter for fuel tuning. Wide-band A/F meters provide rapid and precise measurement of A/F ratio by sampling the exhaust gas composition as it exits the engine.will go in and change the values of the target address proportionately to get a leaner mixture to make more power. There's a lot of guessing and checking involved, but the goal is to have an A/F ratio of 12.8 to 13.0 throughout the power band at WOT.

The ideal or stoichiometric A/F ratio for complete combustion of the intake charge is 14.7, meaning 14.7 parts air to 1 part fuel by mass. This is the target A/F for highway cruising or idling when power is not required, as it saves the most gas and maintains the cleanest emissions. Modern cars can maintain an A/F of 14.7 through a process called closed loop operation. When cruising, the ECU will kick into closed loop mode and maintain stoichiometric combustion by examining the exhaust gas oxygen content via an O2 sensor. If the sensor detects oxygen then the mixture is lean; if there is no oxygen then the mixture is rich. For lean mixtures, the ECU will add fuel and vice versa for rich mixtures. The end result is a cyclical or continuous loop process where the ECU constantly corrects the amount of fuel delivered to maintain 14.7 A/F. If the car consistently requires fuel to be added or taken out, the ECU eventually remembers that amount of correction and stores it as a part of its long-term memory. This way, the next time the engine goes into closed loop operation it will immediately implement that fuel correction so the process of trimming fuel to reach 14.7 takes less time. When you put your foot down, the ECU will automatically jump out of closed loop operation and richen up the mixture for more power.

Even with the right A/F ratio, an engine won't necessarily make power unless the spark is timed sufficiently. For naturally aspirated cars, advancing ignition timing will generally help increase amount of energy harnessed from the charge expansion (more energy in the powerstroke). Too much spark advance will cause the engine to start knocking. The ECU normally controls spark timing by accessing an ignition map, which has specific timing for different loads and rpm. Even though this is programmed in, different conditions such as fuel quality and air density might cause the engine to knock prematurely. That's why the ECU constantly monitors knock via a knock sensor. Knock sensors are specially designed microphones that are tuned specifically for an engine and are sensitive to the frequencies that particular engine pings at. Should the sensor detect the onset of knock, the ECU will retard spark timing until the knocking subsides. Because the factory knock sensor is so accurate, tuners prefer to observe knock sensor activity via the ECU and the OBD-II port while they are tuning.

As you'll see online, there are a lot of differences in opinion. Tuners will inevitably have differing views on what needs to be tuned on a car and how. Some might target different A/F ratios, or take A/F measurements at different locations, or use different methods to compensate for added airflow. Obviously each will say they make the best product for their market segment. For the consumer, probably the best way to gauge the talent of a tuner is seeing how versatile the tuner is at modifying a given ECU to accept different go-fast parts from a basic exhaust to a complete engine build. How much an O.E. manufacturer is willing to interact with a tuner or support their products is also another excellent indicator. The really good tuners are the ones that dealers go to for help in reflashing vehicles sent in for repairs.